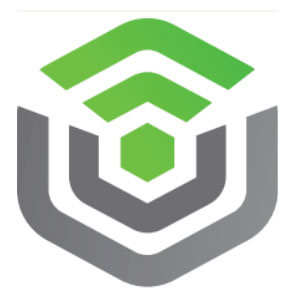 GIANT Protocol is thrilled to announce Coinfund as a lead partner

San Francisco: December 16, 2021: GIANT Protocol, a leading-edge web3 protocol to decentralize and democratize access to the internet and financial services, is delighted to announce it has raised USD $5 million in a seed funding round led by pioneer blockchain-focused investment ﬁrm, CoinFund, with additional participation from other tier one blockchain investors including Blockchange, Gumi Cryptos, Entheos Ventures, Argonautic Ventures, Bronco Fund. The round was oversubscribed.

GIANT (Global Internet Access Network Token) Protocol was founded with the objective to launch a decentralized connectivity economy that can address multiple challenges in the telecom industry. The tokenized bandwidth platform will enable anyone with a mobile phone to access the internet and earn rewards based on their connectivity. GIANT Protocol is in an advanced stage of development with an experienced founding team and a well-established network in the telecom sector.

Suruchi Gupta, Co-Founder and CEO of GIANT, commented “At GIANT, we believe internet access is a basic human right and that an Internet that works for everyone can only be built together. We are at the start of our journey, but we are honoured to have received support from tier one investors who fundamentally understand the problem we are solving with GIANT.”

Jake Brukhman, Founder and CEO CoinFund, said “Telco networks have historically been functionally local, yet our lives have become more international and interconnected. Customers are looking for better telecom services experience all over the World. GIANT is moving the world forward by establishing a new global connectivity economy.”

He added: “As a strategic fund, CoinFund is passionate about being the best partner to early-stage blockchain companies. Suruchi is a rising star in the world of technology and she is also working with some of the most seasoned and respected technology leaders in the industry to bring this idea into a practical utility the world over. GIANT has uniquely pledged to convert bandwidth into a digital asset that can be used as a currency and we are pleased to support this innovative team as they continue to develop their Global Internet Access Network Token.”

As part of GIANT’s development, the project has also hired a world-class team of executives hailing from Juniper, Salesforce, HackerOne, Roku, Mobile365, and others. The team has collectively raised $200M+ in the past and has generated $10B+ in value.

Merijn Terheggen, Co-Founder and COO, has extensive experience at building startups. Before joining GIANT as a Co-Founder, Merijn Terheggen cofounded HackerOne and served as its CEO. HackerOne is the leading and still rapidly growing bug bounty platform that has raised $110M in funding, has about 350 employees, and has 2 million hackers that have found and reported hundreds of thousands of serious security vulnerabilities in thousands of large companies, governments, and banks.

Merijn Terheggen, commented: “HackerOne was created from a desire to unite people working on security and unlock the creativity and ingenuity of those trying to get around obstacles. The key for us had always been about community and collaboration, and rewarding creativity and merits. GIANT is taking this philosophy to a whole new level by leveraging blockchain. Where HackerOne aims to empower the world to build a safer internet, GIANT expands this mission by aiming to empower the world to build the digital infrastructure that humanity will need in the coming decades. And of course this infrastructure is decentralized, democratized, accessible to anyone, and owned by everyone. It is an honour to work with Suruchi and the team on this mission.”

GIANT Protocol was founded in 2021 to decentralize and democratize access to the internet and financial services by tokenizing bandwidth. The project partners with telecommunications and connectivity providers across the globe to create a decentralized connectivity economy, allowing anyone with a mobile phone to participate.

The GIANT Protocol team brings experience from companies including Juniper, Salesforce, and HackerOne, covering telecoms, security, consumer tech, and more. The project will launch on testnet in December 2021 and will go live on mainnet in 2022.

Founded in 2015 and headquartered in New York City and Miami, CoinFund has evolved a combined venture, liquid, and cryptonative strategy to grow with an ever changing ecosystem. The CoinFund team has studied and supported the development of the blockchain space from the inception of the ﬁrst decentralized networks and brings together more than 30 years of experience in investing, engineering, law and decentralized protocols. For more information, please visit www.coinfund.io.